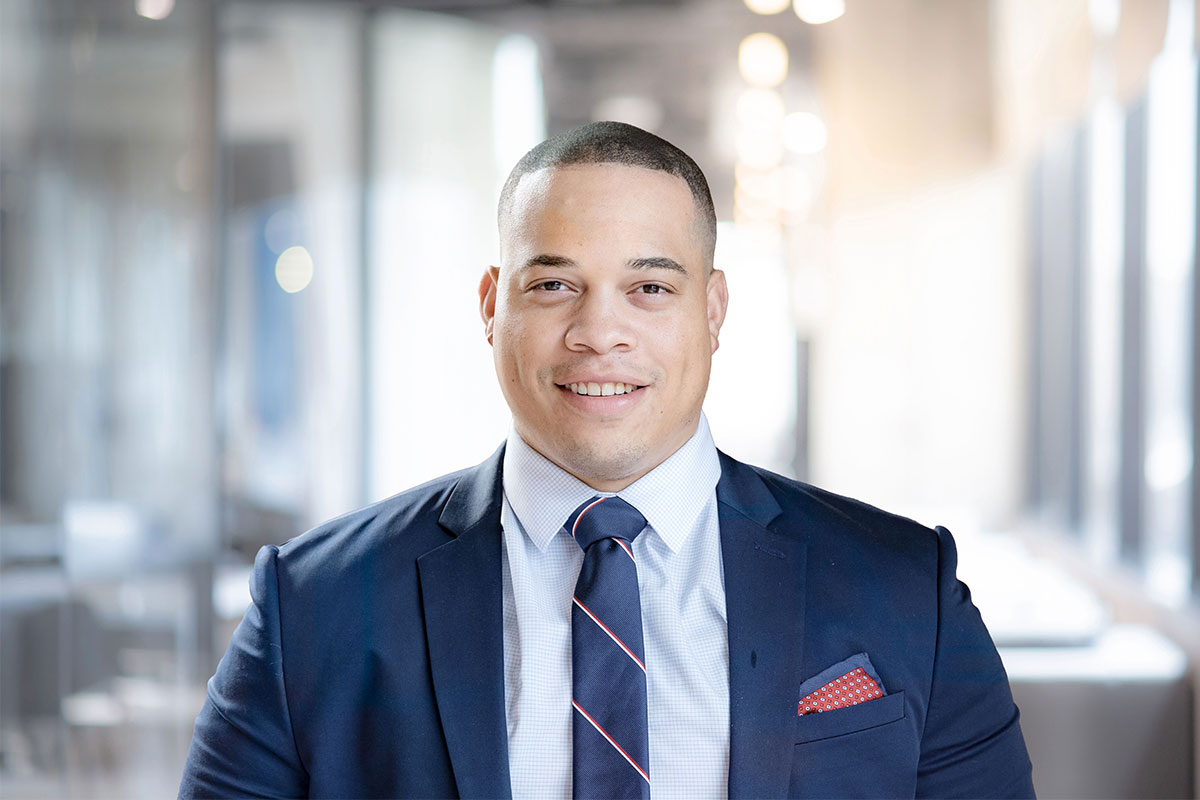 Kevin L. Littlejohn, II was born in New Bern, North Carolina and eventually settled in Greensboro North Carolina where he first began to develop a passion for advocacy. As the son of a college professor and a federal law enforcement agent, Kevin learned to strive for honorable achievements in every field of human endeavor.

Kevin was fortunate enough to receive a scholarship to play football at the University of North Carolina Agricultural and Technical State University. While in college, he was initiated into Kappa Alpha Psi Fraternity, Incorporated where he served as the President of his chapter. Kevin graduated with honors, and secured yet another scholarship to attend Campbell University’s, Norman Adrian Wiggins School of Law.

While at Campbell Law, Kevin excelled and distinguished himself as one of the best advocates in the nation. Kevin’s work ethic continued to shine while competing in and winning multiple National Mock Trial Championships, where he argued cases from both the plaintiff’s and defense’s perspective. After hours of practice honing his advocacy skills, Kevin was selected as one of the top sixteen trial advocates in the nation, in the graduation class of 2020. Kevin proved himself to be a multifaceted advocate when he finished as a regional finalist in the American Bar Association’s contract negotiation competition.

When Kevin was not advocating against other bright students from around the county, he served as a Teaching Scholar for Tort Law. He also served as the Chief Justice of the Honor Court at Campbell Law where he presided over matters regarding honor code violations. Kevin’s law school career culminated in his induction into the prestigious Order of Barristers. He also received the International Academy of Trial Lawyers Award for his distinguished accomplishments in advocacy.

As one of the newest attorney’s at Shipman & Wright, LLP, Kevin is gaining experience in a variety fields and is eager to advocate for our clients to obtain the outcomes they desire and deserve. Furthermore, Kevin continues to satisfy his passion for sports by working with the Shipman & Wright Sports Agency where he is learning to effectively and ethically represent the interest of amateur and professional athletes.

Kevin is family-oriented and enjoys spending time with the people he loves most. He has a passion for anything sports related and is currently on a quest to become a nationally ranked chess player. When he is not watching sports, or playing chess, Kevin enjoys cooking and exploring an array of musical genres.