The debate over the proposed regulations and restrictions on vacation rentals brought hundreds of citizens to over two dozen public meetings. Individuals in favor of short-term rentals argued that they are good for the local economy, providing an easy way for homeowners to obtain additional income, while also providing tourists with additional lodging options. Others in opposition to short-term vacation rentals argued that they disrupt the integrity of single-family residential neighborhoods and the character of the local historic district.

After years of debate, on February 5, 2019, the proposed regulations and restrictions on vacation rentals in Wilmington passed in a split decision from the Wilmington City Council. The ordinance that went into effect in 2019 imposes a 2% overall cap on vacation-rental properties within the City and requires a 400-foot separation between individual “whole-house” vacation rentals in residential districts (homes rented out without a homeowner on-site). The ordinance requires individuals to register their vacation rental property with the City of Wilmington annually, and subjects whole-house rentals in residential districts to a lottery system. Those who lost the lottery were given a one-year grace period to continue operating, but at the end of that year, they were be forced to indefinitely relinquish their renting rights.

In October 2019, the Schroeders filed a lawsuit against the City of Wilmington challenging the ordinance. On September 16, 2020, North Carolina Superior Court Judge Richard K. Harrel ruled Wilmington’s vacation rental ordinance to be illegal, violating a statewide law prohibiting municipalities from requiring rental permits. According to the trial court ruling, the city exceeded the scope of its authority by requiring homeowners to register their rental property with the City of Wilmington before being able to offer their homes as vacation rentals. This decision comes as a victory for the Schroeders and the property rights of homeowners across North Carolina.

In response to the ruling, the Wilmington City Council intends to work with the City Attorney’s Office to review the ruling and consider an appropriate path moving forward. Council is expected to meet as early as October 5th. Read more here.

Do you have a question for Shipman & Wright? Please drop us a line and we'll get back to you as soon as possible. 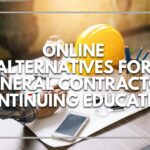 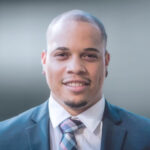