Robocalls: We can help.

On July 6, 2020, the Supreme Court in Barr, et. al. v. American Political Consultants upheld the constitutionality of the TCPA, which prohibits prerecorded or autodialed calls (robocalls) to cell phones without the receipient’s consent.  This decision signals the continued viability of the TCPA to strangle the unwanted calls that are made to consumer’s cell phones and provide monetary relief for violations.  This ruling makes clear that the TCPA applies to calls relating to student debts and other government debts and supports consumers litigating TCPA claims.

The TCPA offers consumers $500 for each illegal robocall, and robocallers have attempted some incredibly creative arguments to avoid compliance with the TCPA.   In 2015, the TCPA was amended to exempt robocalls made to collect government debt, and in Barr, a group of robocallers contended that this exemption violated the First Amendment as a “content-based” restriction that favored one type of speech over another.  A majority of the Supreme Court agreed that this exemption unconstitutionally favored one form over speech over another, but instead of striking down the entire restriction on robocalls, simply struck down the exemption for calls to collect government debt.  Therefore, robocalls related to the collection of government debt must comply with the same restrictions on other types of robocalls.  Whether robocalls to collect government debt that were made without consent can now be pursued, given that the statute of limitations under the TCPA is four (4) years, will be up for debate.  In a footnote, Justice Kavanaugh questioned whether robocalls to collect government debt after the date of the 2015 amendment and prior to the Court’s opinion should be actionable, but that decision ultimately is likely to be made by the district court to which the case was remanded for further proceedings.  But Justice Kavanaugh also reminded everyone about the importance of the TCPA:

“Americans passionately disagree about many things.  But they are largely united in their disdain for robocalls.  The Federal Government receives a staggering amount of complaints about robocalls – 3.7 million complaints in 2019 alone.  The States likewise field a constant barrage of complaints.  For nearly 30 years, the people’s representatives in Congress have been fighting back.”

Justice Kavanaugh quoted Senator Fritz Hollings’ description of robocalls as “the scourge of modern civilization.  They wake us up in the morning; they interrupt our dinner at night; they force the sick and elderly out of bed; they hound us until we want to rip the telephone right out of the wall.”  In describing the effect of striking down the entire TCPA, Justice Kavanaugh noted the harm that would be suffered by the “tens of millions of consumers who would be bombarded every day with nonstop robocalls notwithstanding Congress’s clear prohibition of those robocalls.”

As we have on behalf of consumers for decades, if you have received an unsolicited robocall, let us help you.

For 40 years, Gary Shipman has been an attorney in Wilmington, NC always fighting for his client’s best interests.

For 40 years, Gary Shipman has been an attorney in Wilmington, NC always fighting for his client’s best interests.

Do you have a question for Shipman & Wright? Please drop us a line and we'll get back to you as soon as possible. 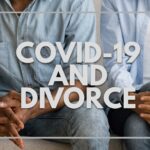